The Inaugural Hong Kong Beginner’s Polo Cup is scheduled to be played at the Tianjin Goldin Metropolitan Polo Club (the “TGM Polo Club”) on the 13th and 14th of October 2018.

The road leading up to this Tournament has been long and arduous. One of the chief players and the visionary behind this is Mr. Andrew Leung who is a British born Chinese with indigenous roots to Hong Kong. He is a barrister by profession and his passion for polo has led him to undertake the vision of holding the Inaugural Hong Kong Beginner’s Cup this year in TGM Polo Club.

As stated by Mr. Leung himself, “I was privileged to have played polo for the Cheshire Polo Club in the United Kingdom from when I was 9 years old till 18 years old. Every year our children’s team took part in the Pony Club Polo Championships and travelled around the country to play polo against teams of children of other clubs. My father, Steven Leung, was also a polo player and he had a handicap of 1 goal. My father taught me to ride when I was 2 years old and taught me to play polo when I was 9 years old. In the 1980s we were the first Chinese people to play modern polo in the United Kingdom and probably the whole world!

Steven was a gifted horse trainer in his free time, when he was not running his Chinese restaurant in Warrington. He was able to buy, make and sell polo ponies to help fund his polo. Eventually my father was fortunate enough to obtain a job as a racehorse trainer in Hong Kong when I was about 11 years old. He continued to fund my polo and bought me an unbroken horse to train as a polo pony in my teenage years. Looking back these were some of the best years of my life. I played my last polo match in the UK when I was 18 years old, in 1996, before I went to Leicester University to study law. I left the sport with a registered handicap of a zero player, however I would like to think that I played to at least the standard of a one-goal player when I left the sport in the United Kingdom. “

His comeback to Polo happened 20 years later, when he decided to rekindle his childhood dream to play polo and went off to Polo Escape in Thailand to re learn the sport in mid 2016. After a successful stint in adapting quickly to the sport, by late 2016 he played for the Hong Kong Polo team, against the Reignwood Polo Club in Beijing, China. 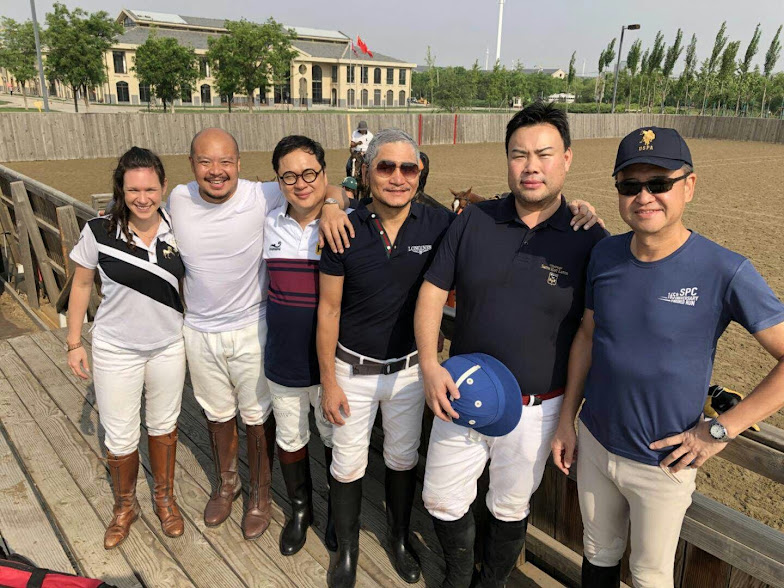 By late 2017 he played in a team comprised of mostly Hong Kong Beginners versus a team of mostly Beijing Beginners, also at Reignwood Polo Club. As a result of this he was able to promote beginners polo on Hong Kong television.

That drive and passion for polo led him to spearhead the idea of starting the Inaugural HK Beginner’s Polo Cup. As he so succinctly puts it, “Many of my friends from Hong Kong asked me what it was like to play polo, and told me that they could never play because they did not know how to ride a horse. Although Hong Kong has a deep equestrian history there are currently no polo facilities in Hong Kong. Through my experiences of re-learning to play polo around different polo clubs in Asia, at the end of 2017 I visited Tianjin Goldin Metropolitan Polo Club and I was impressed with its world class polo facilities and realized that it was ideally positioned and equipped to train complete beginners how to safely ride a horse and play polo at the same time. However, to make the beginners training more purposeful I came to the idea of organizing the Inaugural Hong Kong Beginners Polo Cup for the residents of Hong Kong, to be played at the club in October 2018. This would give any beginners about 10 months to train themselves for the Cup and time for us to successfully organize the event. Therefore to show people that it was possible to learn how to ride and play polo within ten months, I invited 4 non-riders from Hong Kong, who had previously expressed an interest in playing polo, to learn in time for the Hong Kong Beginners Polo

Cup. I also asked the select few of current experienced polo players from Hong Kong to play in the Cup in order to give back to the sport and support the beginners. Through their generosity the crop of more experienced players was happy to support the cause.”

He managed to muster up enough players in the beginner, intermediate and advanced levels of different ethnicities and genders, ranging in age from people in their 20’s to those in their 50’s. He is now working with the General Manager of Polo, John Fisher, at Tianjin Metropolitan Polo Club, to organize the Inaugural Hong Kong Beginners Cup scheduled for 13th and 14th October 2018. There are 4 confirmed teams, all comprised of Hong Kong residents that will compete in the Tournament.

It is his hope that through this Cup, the global world of polo will support them in spirit and that the Hong Kong players will unite for the common good of polo so that they can encourage more beginners to take up the sport and create a critical mass of players to make polo more sustainable in China and Hong Kong. Ultimately he hopes that one-day Hong Kong will at least have an arena polo facility.

Lastly, Mr. Leung adds, “I believe Hong Kong, at this point in time, needs polo for the reason that Hong Kong has become an afluent, yet very dense, competitive and stressful City. 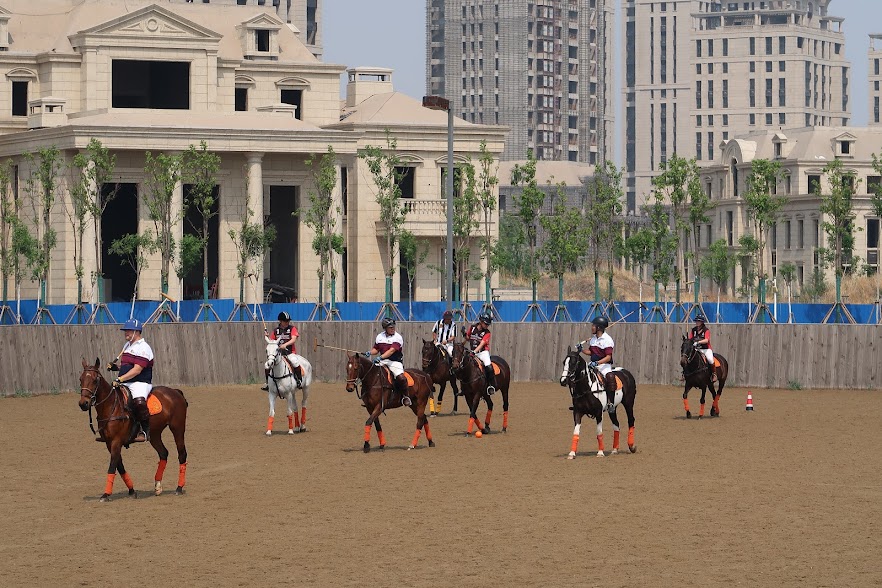 Also, many of the riding schools in Hong Kong have a shortage of space and horses, causing long waiting lists, and some riding schools have stringent weight restrictions put on their riders (160lb), which means that Hong Kong can not really satisfy the demand for horse riding from its people.

Again polo can offer a solution to this. Many polo clubs in Asia have over one hundred polo ponies and the clubs specialise in teaching all people how to safely ride and play without any need for a waiting list”.