Shocked Premier League players are distressed that popular Thai billionaire owner of Leicester City football club, Vichai Srivaddhanaprabha died when his helicopter crashed and erupted into a fireball after his team’s match on Saturday.

Sources close to the family have told the BBC that Mr Srivaddhanaprabha was on board the crashed helicopter, along with four others.

Vichai Srivaddhanaprabha, his daughter, two unnamed pilots and a fifth unidentified person were all in the helicopter when it suffered a malfunction and plunged to the ground.

The Royal family, particularly Prince Charles, Prince William and Prince Harry will be saddened as they played polo in the same team as him.

It was a part of the Leicester City match day routine that 61-year-old Mr Srivaddhanaprabha has his helicopter arrive in the middle of the pitch to transport him back to his Berkshire estate after each home game at the King Power Stadium.

The flight took off just after 8.30pm after Leicester City had drawn with West Ham 1-1. Mr Srivaddhanaprabha’s son, club vice-chairman ‘’Top’’ Aiywatt, who sometimes travels in the helicopter, was not at the match.

England goalkeeper Peter Shilton and his wife Stephanie were witnesses. Mrs Shilton said: “We are both in shock on our way home. It happened straight in front of us as we were leaving the ground. We don’t know what has happened. It’s horrendous.’’ Another witness Leo Bruka told BBC two police officers were near the crash scene.

“One of them was looking for something and the other one, he ran straight away to the helicopter and he was trying to break the window,” he said.

“Then there is an explosion and they pulled back because the fire was too hot.” Mr Bruka also saw a severely distressed woman about 20m from the helicopter and believed it may have just missed her when it plunged to the ground.

A Leicester City spokesman said: “We are assisting Leicestershire Police and the emergency services in dealing with a major incident at King Power Stadium. The Club will issue a more detailed statement once further information has been established.”

“It made a bit of a whirring noise, like a grinding noise,’’ he told Leicester radio.

“The helicopter just went silent, I turned round and it was just spinning, out of control. And then there was a big bang and then the big fireball.”

Mr Srivaddhanaprabha was revered by fans, and not just for the free Singha beer and donuts he distributed after the team was promoted to first division. He pumped tens of millions of pounds into the club and was credited for driving the club to its premiership in 2016. He had bought the club six years earlier when it was struggling in the second tier Championship and through judicious management and introducing a family-like culture he consolidated Leicester City into the top division. Last year he bought the Belgium football club OH Leuven and wanted to do the same.

Leicester mayor Sir Peter Soulsby, who was at the match, said he had heard the helicopter arrive as usual.

He said: “It’s very much part of match day routine. After the game we left, making the long walk back to our car. Then we heard the awful news. The owners are a family who have put so much into the club and the city more widely.

“We owe them a great deal and our thoughts are with everyone affected.”

A devout Buddhist, Mr Srivaddhanaprabha was closely tied to the Kingdom’s royal family and his surname, meaning “light of progressive glory”, was bestowed by Thailand’s late king Bhumibol Adulyadej. He had earned his billions from expanding a craft shop in Bangkok into a duty free empire.

Mr Srivaddhanaprabha would fly monks from the Wat Traimit Withayaram Worawihan Temple on his private jet to Leicester City games where they would bless the players. He even built a shrine at the stadium for the monks to chant and pray. He has also amassed an extensive collection of Buddhist sculptures for his museum in Bangkok.

Police said: “We are dealing with an incident in the vicinity of the King Power Stadium. Emergency services are aware and dealing.”

The identities of the pilot and any passengers on board have not yet been confirmed. It is also not yet known if anyone on the ground was injured.

“We are assisting Leicestershire Police and the emergency services in dealing with a major incident at King Power Stadium,” the club said in a statement.

A witness told Sky News: “I hope they’re okay. Doesn’t seem like they have had much of a chance. Just burst into flames.”

Sky Sports said the helicopter took off from the pitch between 8.30pm-8.45pm local time but developed problems shortly afterwards with its tail rotor.

It was under the ownership of Mr Srivaddhanaprabha that Leicester created one of the biggest shocks in English football history by winning the 2015/16 Premier League, having started the season as 5000/1 outsiders for the title.

West Ham defender Pablo Zabaleta, who played in Saturday’s game, tweeted: “My thoughts and prayers are with all those involved in the helicopter accident at Leicester City.”

His teammate Declan Rice tweeted: “Horrendous scenes at the king power tonight, my prayers & thoughts go out to everyone involved at Leicester”. 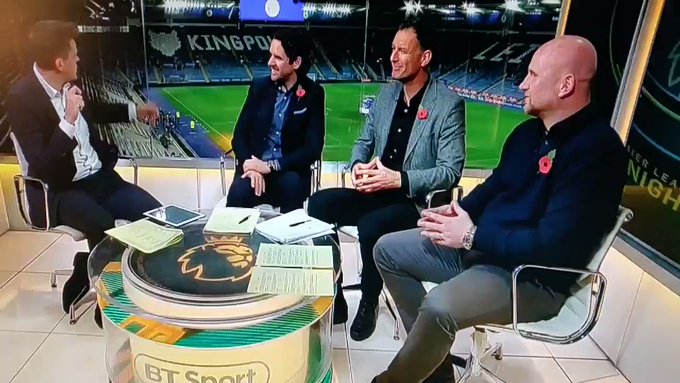 Here’s the Leicester City helicopter leaving the stadium after the game moments before it crashed in the club car park. Vid via BT Sport. #LUFC #LeicesterCity

Mr Srivaddhanaprabha, is the author of one of football’s greatest fairytales.

Polo-loving Mr Srivaddhanaprabha, 61, endeared himself forever to Leicester fans by bringing the tiny club a league title in 2016, their first since the club was created in 1884.

It was a Premier League championship won against all the odds, one that put the central England city on the global sporting map and brought glory to generations of long-suffering fans.

Leicester City have been unable to reach quite the same meteoric heights since, finishing 12th in the subsequent season and ninth in 2017-18.

But it developed a sense of camaraderie among players and fans alike and a happy family atmosphere.

Despite his popularity, Mr Srivaddhanaprabha remains an enigmatic figure and rarely gives interviews, preferring to let his son, Aiyawatt, known as “Top”, act as the family frontman.

“He (Vichai) is a successful businessman and he tried to challenge himself to get something done,” Top, Leicester’s vice-chairman, said in Bangkok in 2016.

“He said, I think two or three years before, that he wants the team to be a success in the Premier League, and now we are.”

He established the company in 1989, starting with a single shop in Bangkok and building a multibillion-dollar empire.

Leicester supporters quickly warmed to Mr Srivaddhanaprabha after he bought the then second-tier Championship strugglers for an estimated £40 million pounds in 2010.

The devout Buddhist is a firm believer in the power of karma, flying in Thai monks to bless Leicester’s pitch and give their players lucky amulets.

And while pumping tens of millions of pounds into the team, club debt and infrastructure, Srivaddhanaprabha has spent judiciously.

Leicester’s success was crafted from teamwork, endeavour, and hard work.

King Power hit the jackpot in 2006 when it won the duty-free concession at Bangkok’s cavernous new Suvarnabhumi airport, and with it a captive market of tens of millions of travellers.

In 2007, a year after ex-premier Thaksin Shinawatra, Manchester City’s former owner, was dumped from office in a coup, Mr Srivaddhanaprabha saw off legal moves to break his duty-free monopoly.

In a kingdom where connections count, Mr Srivaddhanaprabha now firmly belongs to the royalist establishment that turfed out Thaksin. His family received its royal surname in 2013.

Before football, his first sporting love was polo, the sport beloved of the international elite, and both he and Top are accomplished players.

Mr Srivaddhanaprabha boasts a lifetime membership at London’s Ham Polo club, frequented by the British royals, and has a stable of horses and players on retainer in Bangkok.

— Additional reporting from AP and AFP