Unstoppable Ghantoot made the 20th anniversary of Emirates Polo Championship International special with a sublime performance in the final.

The hosts produced another flawless performance and thumped Abu Dhabi team 10-4 ½ at the Sheikh Zayed field to retain the coveted title.

Shamsi added one more and Manuel Toccalino scored two field goals as Ghantoot were 4-1 by the end of the second chukker. The Argentine put another through the posts after successfully converting a penalty. Bautista Garcia opened the account for Abu Dhabi in the third chukker. 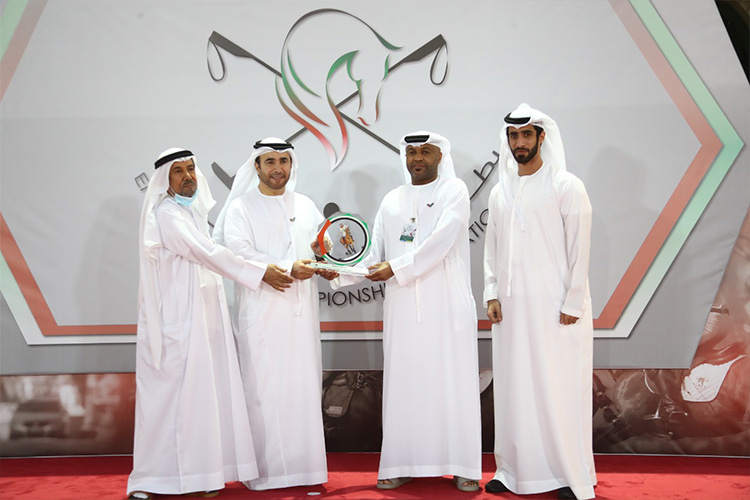 Taking control of the match with perfect team play, Ghantoot defended solidly and attacked with pace and power in the next two chukkas.

Toccalino and Iriarte knocked two goals each as Ghantoot claimed a 10-4 ½ victory over Abu Dhabi (who received 0.5 goal on handicap).

The winners also collected a cheque of $60,000 out of a total cash prize of $100,000. Faris Al Yabhouni and Hugo Barabucci scored one apiece for Abu Dhabi.

Toccalino, who is famous for his scoring prowess and all-around game, ended the event as top scorer with 13 goals. He was named Best Professional Player, while the Best Local Player award went to Shamsi.

Hailing the support of Sheikh Falah, Ghantoot captain Shamsi said: “We are happy to win this prestigious title again. This was the first major tournament of the season for us and our performance here will give a boost for the upcoming events.” 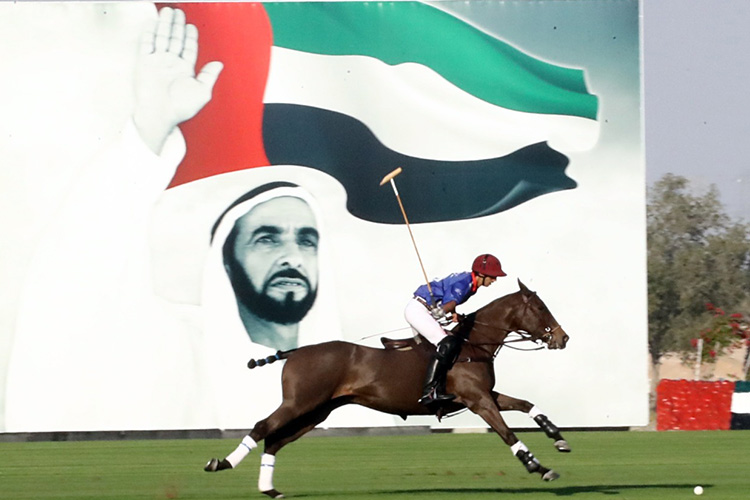 Prizes were distributed in the presence of Major General Dr Ahmed Nasser Al Raisi, Chairman of the Emirates Equestrian and Racing Federation and Saeed Bin Hoofan Al Mansouri, Vice Chairman of Ghantoot Racing and Polo Club. Dr Raisi was the chief guest. The next event lined up on the club’s calendar is Sultan Bin Zayed Cup, which will take place in January 2021.

Finally, there’s some good news for polo enthusiasts in Abu Dhabi as Ghantoot Racing and Polo Club management announced the partial return of spectators, starting from the next tournament.

It will be the first time that the fans will be allowed at the Ghantoot Racing and Polo Club since the sporting activities were suspended in March due to the coronavirus. The polo matches were resumed at the club in November behind closed doors.

Zayed Khalifa Zayed Al Aboudi Al Zaabi, Executive Director of Ghantoot Racing and Polo Club, said: “We are pleased to announce the partial return of spectators. The number of fans will be capped at a maximum of 30 per cent.

“In these difficult times, it is important to bring more hope and passion back into the lives of fans. The spectators will make return to the club in our next tournament which is Sultan Bin Zayed Cup.

“Social distancing will be mandatory for spectators and additional precautionary measures, such as the wearing of masks must be implemented in accordance with local regulations,” Zaabi added.

The club’s move follows the recent announcement made by Abu Dhabi to resume all economic, tourism, cultural and entertainment activities within two weeks. Abu Dhabi Emergency, Crisis and Disasters Committee for the COVID-19 Pandemic has announced that it has started working with all concerned and relevant authorities to fully resume economic, tourism, cultural and entertainment activities in the emirate within two weeks.

Zaabi also expressed delight over the success of the Emirates Polo Championship International.

“We are proud to have reached another milestone as we celebrated two decades of this event. This achievement would not have been possible without the support of sponsors and team patrons.”